The Glow by Big Piph
the glow:
"If Ted Talks were Hip Hop concerts wrapped in OG Spike Lee narratives"
The Glow is ​a rare, awe-inspiring moment, executed by an entity, that hugely impacts and changes those who
witness and accept it. On September 14, 2019 Big Piph brought The Glow to Simon Auditorium on the campus of Washington University in Saint Louis. Big Piph was formed by the very thing he now needs: The Glow. Through songs, visuals, and stories, he took the students of WashU on a mission to shake up the universe.
***********
Epiphany “Big Piph” Morrow is a Stanford-educated international emcee and community builder.  This noted TEDx speaker is a solo artist and front man for the 7pc jazz and funk infused, hip-hop ensemble, Big Piph & Tomorrow Maybe.  His music, talks, and workshops have taken him abroad to countries such as Morocco, The Gambia, Seychelles, Thailand, Myanmar, and more. After a decade plus in the industry, his unique entertainment is relayed through the lenses of purpose, humor, creativity, race, and a global perspective.  His latest project is a new age narrative show entitled, “The Glow,” with Corey Harris as music director. 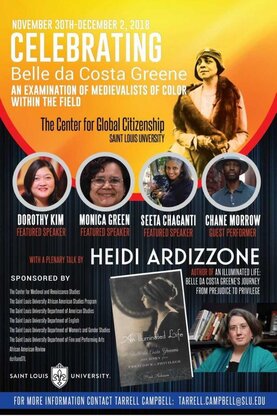 ​ Celebrating Belle da Costa Greene: An Examination of Medievalists of Color within the Field
Belle da Costa Greene was a prominent art historian and the first manuscript librarian of the Pierpont Morgan collection. She was also the first known person of color and second woman to be elected a Fellow of the Medieval Academy of America (1939).National  and international scholars, including many Medievalists of Color, gathered to celebrate Greene's life and the field she so passionately pursued from November 30 to December 2, 2018 at The Center for Global Citizenship on the campus of Saint Louis University. 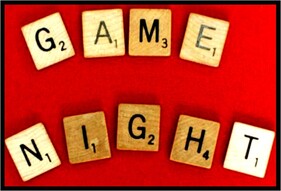 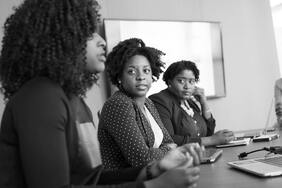